How to Treat for Clover Mites DIY Guide 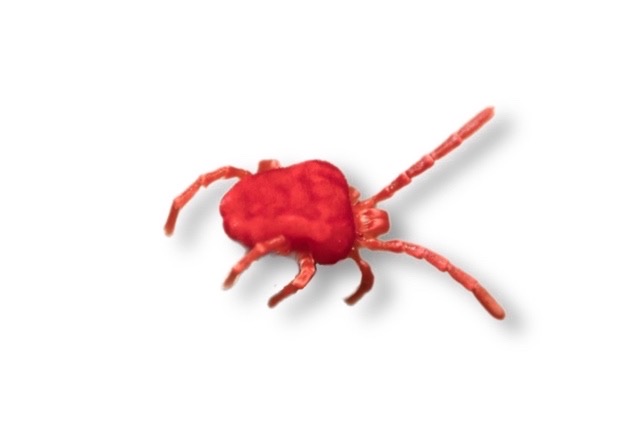 Clover mites often become pests indoors after heavy rain, excessive heat or a change in the season, which stimulate massive numbers to enter buildings. To the naked eye, the mites appear as tiny moving dark spots, crawling around walls, windows and doors. Crushing the mites to kill them leaves a reddish spot. Fortunately, the mites do not reproduce indoors and will die within a few days from dehydration.

Prevention is the most effective way to control populations of clover mites. Remove all lush vegetation from the house in an 18-to-24-inch band around the perimeter and sides of buildings. This plant-free zone will discourage mites from moving into the building and will also provide an easily treatable area. Treating and sealing cracks and holes on buildings in which mites may have crawled can also be very helpful in reducing the problem.

Large populations can also be reduced by providing supplemental watering to areas where clover mites develop, such as dry areas at the base of sun-exposed walls and around evergreens. Also, planting flowerbeds with plants that are not attractive to clover mites might be helpful, such as geranium, chrysanthemum, zinnia, marigold, salvia, rose, petunia or shrubs such as barberry, juniper and yew.

1. Start by treating the foundation of the home with your scatter kit. Spray 3 ft up and 3 ft out around the base of the home. If the landscape runs all the way up to the home. You can broadcast spray several more feet out into the landscape to hit the clover mites where they are likely to move or reside.
2. Treat any of other areas where clover mites may have been seen. This may be other brick or concrete structures. Patios or sidewalks are often common places to find clover mites. You may see them around outdoor grills or entertainment areas.
3. Finally, clover mites do not always do well indoors but if you find them inside, you can treat the baseboards, window sills, or doorways near where you are finding the clover mites.